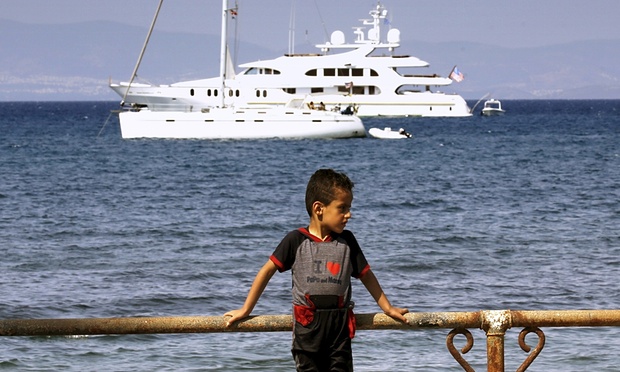 Like King Canute sat on his chair on the surf, Europe’s politicos are helpless before the ever-rising influx of refugees washing up on beaches, hiding in car engines, doing anything and everything to get here.

All year, Europe has been agonising about what to do with the migrants flooding over, nay, desperately crawling in by hook or crook. Each country takes it personally, too, hypersensitive to how their contributions or attractiveness compares to other countries. They want to come to Britain! Of course, they do. It’s so lovely. But it’s ours. They can’t. They can go to Germany, or Sweden. Why don’t they go back home. Let’s make it safe for them at home. Then they won’t want to come here in the first place. But we can’t make it safe at home. Look what happened last time we tried to fix up someone else’s problems, Iraq and all that. Libya! Nooo!

For most people here, east of Europe is now seen as a moving maze of upheaval. A mess far beyond the clearing-up capabilities we pride ourselves on. Wasn’t Syria the enemy? Now we have to help them? What are the Russians doing anyway? What is Isis’ problem?! Add all the countries, one by one, in to the mix – Israel, Pakistan, Sudan, Iran, and so on – and the result is a stew that few can make out.

Yet screens everywhere offer the latest detail. The over-analysis can lead to a focus on trivia, or a numbing to the scale and immediacy of what is happening. But the misery is real and staring us in the face.

And nobody knows what to do.

History shows how the assimilation of refugees can work. Countries absorbed millions during the crises of the twentieth century, from the pogroms of Russia to the Rwandan terror. And many prosperous nations, the US and Australia chief among them, were built, of course, by immigrants from everywhere.

What’s so scary now for politicians and commentators alike is the knowledge this is not a short-term problem. To shut the door or limit access ignores the full understanding more will be banging on it, and then more, and then more. The world’s population has doubled since 1970 (trebled since 1950) to nearly eight billion today. Four people are born every second! In 2050, we will be ten billion. Resources are precious. Water, food, energy – all have to be shared around more. And our species is not always good at sharing.

The kindness in us wants to reach out and to help, to shelter, save, accommodate, rescue. But we are caught stock-still, unable to pitch in unless everyone does. And our leaders are mostly conservative. So there is a spasm in the heart of humanity.

Many grassroots activities are taking shape. New media allows us to connect and contribute. But the fundamental problem remains. And it’s not helped by elements of hypocrisy. We sell an incredible number of arms to the very countries we say need peace.

In some ways, a border is an imaginary thing. Jointly, we agree to them, until we don’t, and then there may be a war or a debate or a stand-off. In the same way, nationalism is a fiction, one we all buy into like a religion. Countries are convenient, and sophisticated, organising tools for our families and communities.

Our economic system, ditto. We agree to the rules and so the whole game spins. In the past eight years, since the global financial crisis, one of the main tools of recovery among leading developed nations has been to print more money. North of ten trillion dollars has been pumped into the system, yet we know we’re not clear yet. China is the latest super-wobble. UK interest rates have been stuck at 0.5% for six years.

Part of the reasoning for quantitative easing is a belief that something, somehow will come along to chivvy the whole system back to life. What we need is a new mega-trend, and with it, jobs, trade, new ways of doing things, the whole enchilada.

A prime challenger in the wings is almost upon us – the internet of things (IoT). As the internet connects up all our everyday devices – from jogging bracelets to industrial equipment – and monitors how we use them, so we shall benefit from a merging of the physical and online worlds. Driverless cars, fridges that restock themselves, IoT will save the day.

Perhaps ingrained in our belief about how to resolve the migrant crisis is a view here, too, that new technology will help, even if we don’t know what it is yet. Large-scale desalination could make a new green land somewhere presently inhospitable. Islands could be built, as in Dubai, to give a new start. A device could be produced to neutralise weapons or make terrorists take up knitting.

However unlikely or unsatisfactory these may sound, they represent hope. And when you don’t know what to do, hope is welcome from anywhere. Just remember to let it in when it knocks and give it something nourishing. 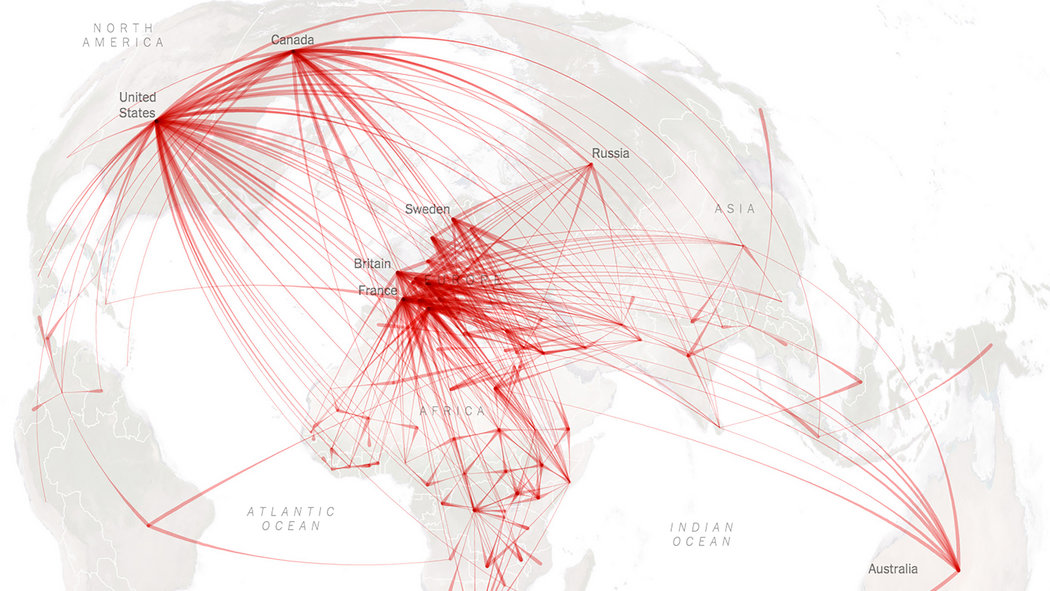 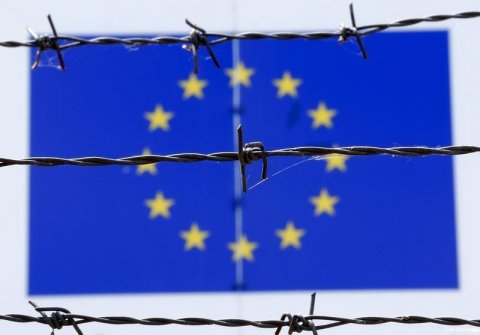 View from the other side. Source: Enzu Kawakami